What Do I Need to Know to Make My Alabama Prenup Valid? 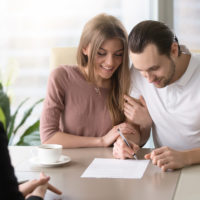 Prenuptial agreements may seem like a negative experience to some. On the contrary, prenups can leave both parties feeling secure in knowing what might happen in the event of a divorce, and how things like alimony and the division of property will be handled. However, if the agreement doesn’t meet certain legal requirements, it won’t be upheld in court. Below are some requirements to keep in mind when creating a prenuptial agreement in Alabama.

Prenuptial agreements must be in writing, and should be signed by both parties

As with any good contract, you need to have the agreement in writing so that both parties can be sure that they’re agreeing to the same thing.

Both parties must disclose all their existing assets

The agreement cannot be “unconscionable”

If an agreement is so one-sided that a reasonable person would not find the terms of the agreement acceptable, or would find it morally offensive, then a court will not enforce it. This will vary based on the financial circumstances of the spouses, but if a much less wealthy spouse agrees that she will not receive any spousal support whatsoever, despite not having another means of support after the divorce, then a court might well find that prenup unconscionable and invalid.

A prenuptial agreement can’t be signed under duress

If a prenup was foisted upon the other spouse immediately before the wedding, perhaps even after family had arrived, a judge will be likely to find that the spouse signed that agreement under duress, and will not uphold it. Each individual needs to have a reasonable amount of time to review the agreement, consider the ramifications of signing, and to consult an attorney. If one of the spouses can later claim that he or she didn’t have enough time to fully understand the document before signing, or felt undue pressure to sign without considering the agreement, then he or she may succeed in having the prenup declared invalid. If both spouses do wish to consult attorneys, they must consult separate attorneys, so that each lawyer is looking out for the best interests of their individual client. This is a good way to later show that each party knowingly signed the agreement, fully understanding what rights were or weren’t being sacrificed by signing.

Terms relating to child support or custodial arrangements that are included in an Alabama prenuptial agreement will not be upheld. Those are issues that must be addressed by a family court judge based on the circumstances at the time of divorce.