Proof of Cohabitation to Stop Alimony 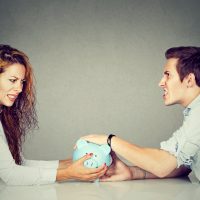 Alimony is generally not meant to be permanent. In Alabama, it’s meant to support the lower-earning party until they are able to support themselves, whether that takes a short period of time or will take more time as they obtain the education, training, and skills necessary to enter the workforce. Other factors can trigger an earlier end of alimony, however. If the recipient spouse is getting financial support from other sources, then the need for alimony falls away. If the recipient remarries or begins to cohabitate with a new partner, for example, then the paying party may be able to end their alimony obligation. Read on to learn about cohabitation and alimony in Alabama, as explained by our experienced and savvy Alabama divorce attorney.

Cohabitation as a Grounds to Stop Alimony

Alimony awards differ by state. In some states, alimony is meant to support the lower-earning spouse for a long period of time, to allow them to approximate the standard of living they experienced during the marriage. In other states, alimony is meant to be as temporary as possible, serving to give the lower-earning spouse the chance to make themselves financially stable and self-supporting.

Regardless of the purpose or stated duration of the alimony, however, just about every state includes remarriage or “cohabitation” as grounds for terminating alimony down the line. Cohabitation occurs when a person starts to live with and/or become financially supported by a new romantic partner, even if they are not yet married. If the party receiving alimony is now married or cohabitating with a new partner, then they are already getting (or could be getting) the financial support they are also receiving through alimony. Paying parties have the right to request an end to their alimony obligation when their former spouse is already getting the support they need elsewhere.

What Constitutes Cohabitation in Alabama?

Alabama allows parties to terminate their alimony obligation when the alimony recipient either remarries or cohabitates with a new partner. Full-on marriage is not required, but it’s not sufficient merely for the alimony recipient to be dating someone new. They must be “cohabitating.” The definition of cohabitation is not always clear, and it differs somewhat among different states’ laws and court decisions.

Court opinions from Alabama indicate that cohabitation occurs when there is a relationship that bears some indicia of permanency and more than casual or occasional romantic intimacy. Those “indicia of permanency” are key to demonstrating cohabitation. They may include things like residing together or staying in the same residence for an extended period, sharing expenses or opening joint accounts, grocery shopping together and/or for one another, etc.

Proving Cohabitation in an Alabama Court

When disputed, cohabitation is always a question of fact for the judge to resolve. Proving cohabitation in court means demonstrating that the recipient spouse and their romantic partner share finances and appear to live together much of the time. Evidence that supports allegations of cohabitation might include:

A seasoned Alabama alimony attorney can help you understand your alimony obligations and the grounds upon which you can rely to end your obligation.