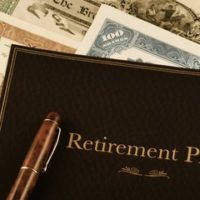 Filing for divorce is never easy, and wading through the complicated rules for valuing and dividing up different kinds of property is a chore best left to experienced divorce attorneys. Read on to learn about a new law in Alabama that changes how retirement accounts may be distributed in a divorce, and if you have any questions about a pending or expected divorce proceeding, contact the Guntersville family law attorneys at The Hawkins Law Firm.

How property division in a divorce generally works in Alabama

This does not mean that assets are divided strictly equally between the parties as they are in some states. Alabama courts will undergo an analysis based on a handful of factors to determine who gets what in the divorce. Alabama courts will first decide what is shared or “marital” property and what is separate property. With some exceptions, a basic rule of thumb is that property that someone owned before the marriage is separate, while property acquired during the marriage is considered “marital.” Marital property can include real estate, money, investments, retirement accounts, valuables, etc.

In a divorce, parties typically keep their separate property, while marital property is divided up according to a handful of factors, including:

According to Alabama law, retirement accounts may be a part of shared, marital property. Before 2018, a judge could only distribute a spouse’s retirement account as part of a divorce proceeding if the couple had been married for at least 10 years. Moreover, a judge could not consider any part of retirement benefits that the spouse acquired before the marriage–meaning only value added during the marriage would be fair game in a divorce proceeding.

HB 208 of the 2017 legislative session, effective January 1, 2018, changes the analysis a bit: A judge may now consider property like retirement accounts that were acquired before the marriage if the funds were used during the marriage for the benefit of the marriage. The new law makes clear that interest earned or accrued on retirement accounts during the marriage may be marital property subject to division and clarifies several categories of retirement benefits. Further, the new law eliminates the 10-year requirement, meaning retirement benefits may be divided as part of marital property even if the couple has been married for less than 10 years.

The distribution of retirement benefits in a divorce is a complicated issue that requires a skilled attorney to negotiate. If you are in a divorce proceeding in Alabama or are considering filing for divorce, contact the passionate and effective Guntersville family law attorneys at The Hawkins Law Firm for a consultation at 256-502-4444, serving families in Guntersville, Huntsville, Arab, Albertville, Boaz and surrounding areas.

By Lana Hawkins | Posted on May 31, 2018
Skip footer and go back to main navigation