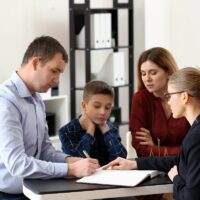 In an ideal world, the final divorce decree would be the last word on the matter. You and your spouse would part, all legal and financial issues would be resolved, and the dictates of the court’s final order would carry forward. We do not, unfortunately, live in an ideal world, and circumstances change. If there are changes to your life and you need to re-evaluate the terms of your custody arrangement, you may be able to do so with the help of a seasoned and effective Alabama child custody lawyer. Below, we discuss the grounds for modifying a child custody order under Alabama law and the common situations that prompt such changes.

The Legal Standard for Modifying Child Custody in Alabama

The standard for modifying custody is purposely strict: Alabama courts believe that stability is most beneficial for children. Changes to custody are disruptive, so a party must show not only that the change would be for the better but that the advantages will be so great as to offset the negative effects of disruption.

With that standard set, there are certain circumstances that Alabama courts often face when determining whether to modify custody. Common situations that lead to a modification of child custody include: