What Is Visitation, and How Does It Work During Divorce? 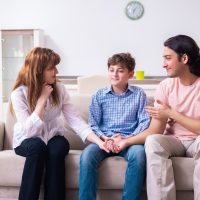 Divorcing couples often struggle with agreeing upon a child custody arrangement. For instance, both parties might vie for sole custody. Yet even if one party secures sole custody, the other party could still be entitled to visitation rights. To learn about visitation and child custody in Alabama, read on.

When one party has primary physical custody, the other parent typically has the right to visitation.

Every decision about child custody falls back to a basic principle: What serves the best interests of the child? Alabama courts operate from the assumption that children benefit the most from continued, regular, and frequent contact with both parents. For that reason, family courts tend to start from the presumption that joint custody is in the child’s best interests. Unless given a reason to rule otherwise, the court will default to ordering some form of joint custody.

There are reasons the court might order sole physical custody. The court will evaluate a number of factors in rendering a decision on custody, including the age and gender of the child, parental cooperation, the preferences of each child (depending upon age and maturity), the respective home environments and geographic proximity of each home, etc. If the court decides that those factors favor sole custody, the court will issue an order accordingly.

Child Custody and Visitation During Divorce

Child custody rights will be set by court order upon divorce. While the divorce proceeding is ongoing, however, the parties have the option to either handle custody and visitation informally on their own or seek a court order establishing legal boundaries. Divorces can take months or even years to resolve, and arguments regarding custody and visitation are likely to crop up during that time. The parties need to establish a new status quo, which can be difficult without setting ground rules.

One or both parties can seek a temporary custody and visitation order establishing custody and visitation rights while the divorce is pending. The court will determine where the child will reside during the divorce, which parent has the right to make certain decisions regarding the child’s upbringing, and a schedule of visitation for a non-custodial parent. Obtaining such an order gives each party enforceable rights–if the other spouse violates the order, the complaining spouse can seek enforcement and even sanctions.

The temporary order expires upon completion of the divorce. Even though they are not permanent, however, temporary custody orders do tend to set the “status quo.” Courts believe children benefit from stability, and if the temporary situation appears to be working well, the temporary arrangement may very well become the permanent arrangement upon the final divorce judgment. Be careful when petitioning for a temporary custody and visitation order, and discuss the matter thoroughly with your Alabama visitation attorney.