What Are the Grounds for Annulment in Alabama? 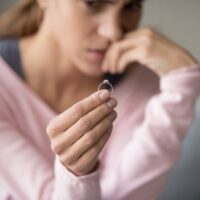 Annulment is a much more comprehensive and severe legal measure as compared to divorce. A divorce dissolves or ends the marriage. An annulment declares that, for all intents and purposes, the marriage never occurred. If a party successfully annuls a marriage, then for the purposes of insurance, inheritance, and all other legal considerations, that marriage never took place. For that reason, the law restricts annulment to those situations in which it is proper to invalidate a marriage, not merely to end it. Continue reading to learn about the grounds for annulment in Alabama. If you are seeking an annulment or a divorce, or if you have other family law concerns, reach out to a knowledgeable and understanding Alabama divorce and family law attorney.

Annulments are Available When the Marriage Was Invalid from the Start

The law and the courts in Alabama restrict annulment to very specific grounds. The grounds for annulment in Alabama include the following:

Annulments can be complicated and require strong proof of the alleged reasons for the annulment. The sooner you move for an annulment after entering the marriage, and the stronger your evidence and arguments, the more likely you are to obtain an annulment from the courts. You are more likely to obtain the annulment you seek with the help of a dedicated Alabama family lawyer.