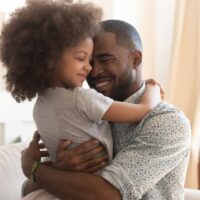 Historically, there was a common stereotype that mothers always got custody of the kids in the divorce. This common belief was largely borne out in the past when women more commonly chose to forego careers in favor of homemaking. Because they were primarily responsible for child-rearing, they tended to be favored for custody. It was expected that the fathers would have lucrative careers and pay child support after a divorce. Over the last few decades, however, the demographics have shifted significantly. There are many more women in the workforce and many more homes that have both parents working or stay-at-home dads. Have the child custody statistics changed as a result, or do old habits die hard? Read on for a discussion of child custody trends in recent years, and speak with a seasoned Alabama child custody lawyer for help with a child custody or other family law matter.

Things have changed, but not as much as you might think

It is hard to get exact data up to the current year. Still, the various statistics available indicate that, even as American society shifts toward there being just as many women in the workplace as men, women might yet have an advantage in child custody, at least numerically.

According to the United States Census, in 2013, the vast majority of custodial parents in split households were mothers: Only one out of every six custodial parents (17.5 percent) were fathers, while five out of six (82.5 percent) were mothers. 22.1 million children lived with one custodial parent while the other parent lived elsewhere, representing a quarter of the 83 million children living in families generally. 11.07 million mothers were receiving child support, while only 2.3 million fathers were receiving child support.

While the numbers indicate there are many more custodial mothers than fathers, they also show that there is a heavy trend in favor of custodial fathers as compared to the past. Fifty-five years ago, there were only 300,000 single fathers raising kids. As of 2013, there were over two million fathers with custody of their children. The shift in demographics indicates that fathers are having more and more luck in winning custody, as the balance of wage earners in households and traditional understandings of gender roles in the home erode.