Failing to Pay Child Support Can Land You in Jail Like R. Kelly 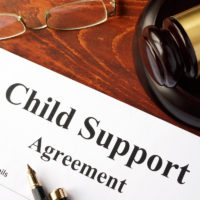 Rapper R. Kelly is currently the subject of a number of incredibly serious allegations regarding the physical and sexual abuse and subjugation of a number of young women, including his ex-wife. But these allegations are not the reason that the rapper is currently in custody; he made bail for those charges. Instead, R. Kelly was arrested for failing to pay more than $160,000 in child support to his ex-wife and their three children. The rapper’s incarceration is a reminder that failing to pay court-ordered child support can lead to severe consequences. Learn below about the methods for enforcing child support payment obligations in Alabama and the consequences for failing to do so, and contact a seasoned Alabama child support lawyer with any additional questions.

If a parent owes child support in Alabama pursuant to a divorce settlement or court order, they are obligated to pay until a court order gives them permission to stop. If that parent fails to pay, there are a number of consequences they may suffer should the owed parent go back to court to enforce the payment obligation. These enforcement methods are intended to either eliminate the need to get the funds from the owing parent voluntarily, or punish them for their failure to pay in order to encourage them to fulfill their obligations. Methods of enforcing a child support order can include:

Notably, the court cannot take away the owing parent’s visitation or parenting time as a punishment for failing to comply with child support obligations.

If a party continues to ignore a court’s clear order and refuses to pay, they may be subject to being held in contempt. If a person is more than 30 days behind in child support payments, then the owed parent or their attorney can ask the court to hold the noncustodial parent in contempt. One potential penalty of being held in contempt is to be arrested and put in jail until they pay what they owe.