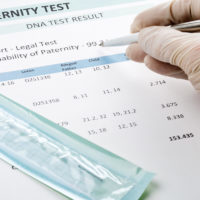 Paternity, the legal status of being a father, carries a host of rights and responsibilities beginning with the birth of a child (or the establishment of paternity) and continuing on for the life of the child. In a previous post, we discussed the importance of establishing paternity for Alabama parents. The State of Alabama has a comprehensive scheme that lays out all of the elements of paternity, including the methods to establish paternity whether it is contested or uncontested. Learn below about the methods for establishing paternity in Alabama, and contact a seasoned Alabama paternity lawyer with any additional questions.

Methods for Establishing Paternity in Alabama

Paternity is a matter of state law. In Alabama, there are a few ways to establish the legal father of a child. The first, and easiest, method for establishing paternity is known as “voluntary.” Voluntary paternity involves the mother and father of a child both agreeing to sign a form establishing that the putative father is the legal father of the child. Once the form is filled out, the parents can add the father’s name to the child’s birth certificate.

If the parties cannot agree on the identity of the father, for example because either the mother or the identified father dispute that he is in fact the father, or a third party claims to be the father, then the interested parties can take the matter to an administrative proceeding or court. The parties can consent to an administrative proceeding whereby a DNA test will be ordered by the Alabama Department of Human Resources. If the test is conclusive, the parties will then need to file a petition to establish paternity with an Alabama court and receive an official court order.

If one party refuses the administrative proceeding and DNA testing, then the parties can proceed directly to a court proceeding. The court has the power to compel the parties to undergo genetic testing, which will usually occur in the typical case. The matter can generally be resolved quickly and conclusively via DNA testing and rarely needs to proceed to trial.

When Is Paternity “Automatically” Established?

Alabama has codified a “presumption” of paternity where a father is married to the mother of the child, and the child is born either during the marriage or within 300 days after parties get a divorce. The married father will have the rights and responsibilities of parentage by default, including child support obligations. This presumption can, however, be challenged via court action. Where there is a presumption of paternity, paternity can be challenged by an interested party (such as the father) until the child is 19 years old. The child can contest paternity until the death of the father.

Who Can Challenge Paternity or Start a Paternity Action?

In the State of Alabama, certain individuals and state agencies can institute a paternity action. An action can be brought even if there is a legal father who was married to the mother at the time of the child’s birth, and even if he is listed on the child’s birth certificate. Paternity actions may be started by any of the following:

By Lana Hawkins | Posted on February 26, 2019
Skip footer and go back to main navigation