What Are the Emancipation Laws for AL? 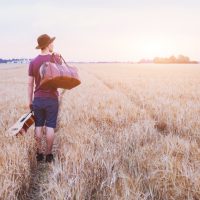 Children under the age of 18 are legally dependent on their parents. Parents are legally responsible for taking care of their children, including by housing them, feeding them, and paying child support, as appropriate. Parents are also legally responsible for their children’s activities; for example, minors cannot typically enter legally binding contracts, file a lawsuit, or be sued in court, without their parent or guardian being a party to the legal matter or arrangement.

Children, in turn, are under the control of their parents. Parents have the final say on things like where the children live, what medical care they receive (outside of certain exceptions codified by the law), and what school they attend. Once children reach the age of 18 (or 19 in certain states and territories), they are no longer under the care and control of their parents or guardians and can legally make their own decisions.

Under certain circumstances, children under the age of majority wish to free themselves from the care and control of their parents or guardians. Often, these situations arise due to neglect or abuse perpetrated by the parents or guardians. Those children can petition for emancipation. Specific rights vary by state, but in general an emancipated minor can:

Emancipated minors lose out on certain rights, such as future child support (as do their parents). Emancipated minors typically are still unable to engage in activities legally restricted to adults, such as purchase alcohol or tobacco, get married, vote, get a driver’s license (before the age at which they would normally be eligible) or quit school.

An 18-year-old in Alabama can petition the court to be emancipated (described by the law as relieving minors from the “disabilities of nonage”) under the following circumstances: