When Are Drug Tests Used in Child Custody in Alabama? 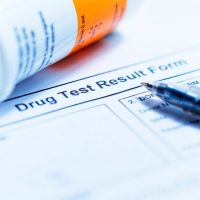 Child custody disputes can easily become heated and emotionally charged, especially when there are allegations concerning abuse or neglect. Family courts in Alabama prefer to award joint custody to both parents, relying on a presumption that the child will benefit from maintaining a relationship with both parents. When the court is alerted of concerns regarding the safety of the child with one parent, however, the court may consider sole custody instead. Substance abuse and criminal activity can factor into the court’s decision, which may involve drug testing one or both parents. Read on for a discussion of child custody disputes and when drug tests may come into play.

If the parents cannot agree upon a child custody arrangement, the parties must present their arguments to the court and leave it up to the court to decide. The court will consider a number of factors to evaluate which arrangement serves the best interests of the child.

Family courts presume that joint legal custody is in the best interests of the child and that both parents should share the authority to make important decisions for the child. The court may also award joint physical custody, meaning the child will spend close to equal nights with both parents, or the court will award “primary” physical custody to one parent and visitation rights to the other.

When Do Drug Tests Come Into Play?

Typically, any fit parent will be awarded legal custody. If the court has reason to believe a parent is not fit to raise a child, however, the court might strip that parent of legal custody. Moreover, the court’s “best interests of the child” analysis includes considering the safety and well-being of the child with each parent, as well as each parent’s ability to provide for the child’s physical, emotional, social, and educational needs. A parent’s history of substance abuse or drug-related criminal convictions can affect the court’s child custody analysis, and it may even lead to the court granting sole custody to the other parent.

The court might choose to order a drug test if substance abuse concerns are raised by one party, or the court may do so of its own volition given reason to do so. Courts will not order drug tests every time the issue is raised, however; typically courts will require evidence that substance abuse is a concern before ordering a drug test in a custody dispute. Evidence of a substance abuse problem may come from witness testimony, physical evidence such as texts or emails, evidence of prior arrests or convictions for drug-related offenses, or evidence of domestic abuse connected to drug use.

If a parent tests positive for drug use, or if they refuse to take a drug test, the court could use that as evidence against them in the child custody matter. Courts still prefer both parents to be involved in their child’s life, however, and they are unlikely to strip a parent of all rights and contact with a child unless the drug abuse is so concerning or pervasive as to put the child’s welfare in danger. A court is more likely to grant the non-drug-using parent primary or sole physical custody and allow the other parent some form of visitation.

Child custody determinations are awarded on a case-by-case basis, and each case presents unique facts and challenges. If you have concerns about your ex’s drug use and you believe your child’s health and safety would be at risk should they be allowed to retain custody, raise the issue with your family law attorney to ensure the matter is properly brought before the court.

If a parent’s rights are challenged by the Alabama Department of Human Resources (DHR), however, and the DHR obtains a court order mandating the parent submit to drug testing, the parent should do so. Refusing a drug test ordered by the court at the request of DHR can lead to a parent losing custody rights.