Does Marital Misconduct Affect Alimony and Divorce in Alabama 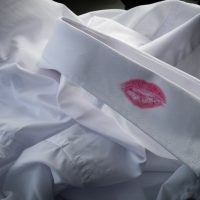 A divorce can be a painful and heartbreaking experience, especially if the divorce is the result of a cheating spouse, drug and alcohol use, or even domestic violence. Alabama courts acknowledge this and address the impacts marital misconduct can have on the terms of a divorce. Below, we explore the different elements that dictate how marital misconduct impacts alimony and divorce in Alabama.

Alimony or spousal support is a term used to describe the financial assistance one party pays another after a divorce is finalized. When a couple separates, it can be difficult for one party to financially support themselves, especially if that party has decided to stop working in order to become the homemaker. While the duties of a homemaker are invaluable to a household, this role in a relationship can lead to a lack of financial independence. Divorce proceedings acknowledge this by putting in place spousal support.

A variety of factors including financial records that one party cannot support themselves are considered when alimony payments are calculated. In Alabama, marital misconduct can also be a contributing factor to deciding alimony.

How Does Marital Misconduct Affect Alimony?

Alabama recognizes both “no-fault” divorces and “fault-based” divorces. In a no-fault divorce, both parties agree that neither party is to blame for the failure of the marriage. In a fault-based divorce, one party blames the other for the end of the marriage.

If both spouses are found to have cheated on one another, then the possibility of alimony does diminish. However, Alabama courts have the discretion to decide how alimony is determined if at all based on the circumstances of a couple’s separation.

How Is Property Division Determined in Alabama?

Alabama is one of the 41 states that recognize equitable distribution. Unlike the handful of community property states, Alabama does not necessarily split property 50/50 between both parties. When determining the division of property, the courts will consider several factors including the following:

Adultery can also impact how property is divided between both parties. For example, if one party spent money on the affair by means of trips, gifts, and other expenses, this will be taken into consideration in order to obtain a fair division of property.

Seek the Guidance of a Professional

Navigating a divorce is difficult as is; adding in the element of a cheating spouse can add to the heartbreak. Having a knowledgeable attorney by your side can help you gain the confidence to move forward and secure the compensation you deserve.