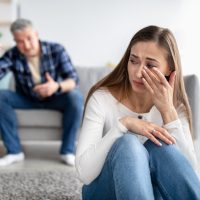 Alabama courts encourage divorcing parties, like parties to any other civil action, to settle. Forcing the court to resolve matters is always meant to be a last resort. Settlements make the case conclude more quickly and give the parties more agency in deciding what happens to their assets, their children, and their financial support. That view of settlements, however, assumes that the settlement negotiation process is actually fair. What happens when one party is forced into settling? What constitutes “duress,” and what are the consequences? Continue reading for a discussion of divorce settlements under duress, and if you are dealing with divorce or you are being pressured into settling under duress, reach out to a zealous Alabama divorce attorney for advice and representation.

Duress is a legal term that refers to unlawful or deceitful conduct that was used to force a party to enter into an agreement against their will. Proving duress can be challenging. In the context of a divorce settlement, duress can take many forms, including:

Duress Can Invalidate a Settlement

Divorce settlements follow the principles of contract law. They are agreements to resolve a legal dispute by way of the terms included within–you get the house, I get the car; you get the kids on weekdays, I get them on weekends and holidays. Contracts, however, require certain legal formalities in order to be valid. One of those requirements is that the contract was entered into willingly.

A party who is forced under duress to sign away their rights or agree to unfair terms is not agreeing willingly. That party has grounds to reopen the divorce case and modify the terms of the divorce after the fact.

Parties seeking to reopen a closed divorce based on duress do, however, face a heavy burden. They need to demonstrate to the court that there are exceptional and compelling circumstances justifying the court’s reopening of a concluded matter, including proof that there was duress. Direct proof of the duress is likely necessary (eyewitness testimony, screenshots of threatening texts, etc.); a “he said, she said” dispute is unlikely to convince the court that duress existed.

If you were coerced into signing an unfair settlement under duress, an experienced family law attorney can help you prove the duress and get your case reopened. No one should be forced to live with an unfair agreement they were forced to enter.