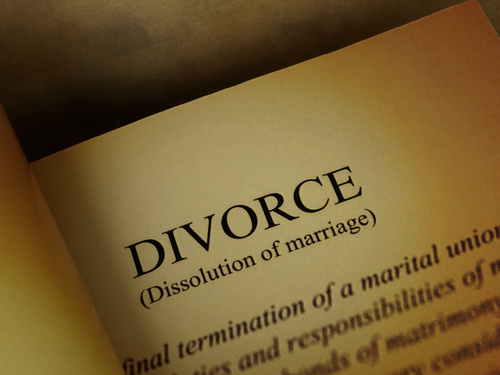 A recent decision by the Alabama Civil Court of Appeals, Hill v. Hill, highlights the fact that ignoring a problem (in this case, a long-ago marriage) won’t make it go away. Raleigh and Beverly Hill were married in January, 1985, when Raleigh was 20 and Beverly was 17 years old, two months after the birth of the Hills’ oldest child. A second child followed two years later, and a third in January of 1988. On July 29, 1988, Raleigh Hill left the family home, in the couples’ only automobile, and never returned. Raleigh didn’t mention to Beverly that he planned to leave. He called several weeks later to tell Beverly that he had moved to Ohio for a better job. The State of Alabama initiated a child support action against Raleigh in 1991, and while he paid child support, he failed to pay spousal support. Neither party attempted to divorce the other (at least, not in the United States) until 2011.

When Raleigh met Erin Cullen in 1999, he told her that he wasn’t married, and the two began to date. The couple got engaged. Shortly before their wedding, Raleigh and his fiancée, realizing that they had no proof of Raleigh’s divorce, searched online and found a purported court in Mexico that would grant two non-citizens a “divorce” in three days. Raleigh did not notify Beverly that he was seeking a divorce, nor did he serve her with process. A number of years later, Raleigh purchased what turned out to be a lucky lottery ticket in his now-home state of North Carolina. In September of 2011, over 20 years after Raleigh had abandoned his wife and three infant children and months after Raleigh had received his lottery winnings and deposited them into his checking account, Beverly filed an action for divorce in Alabama. Although the trial court ordered that the parties’ assets remain in the form they were in when the action for divorce was filed, Raleigh quickly purchased a house with his winnings, listing Cullen as a co-owner. Raleigh attempted to assert that the Mexican divorce had ended the couple’s marriage long before the 2011 lottery win, but the trial court found that divorce to be void, and found instead that Raleigh’s abandonment of Beverly without warning was the sole cause of the divorce. Raleigh asserted that Beverly had no claim to Raleigh’s earnings after 1988, and that Beverly had even claimed single status when filing her tax returns since that year. Ultimately, the trial court awarded Beverly one-half of the after-tax value of Raleigh’s lottery winnings, along with one-half of the value of Raleigh’s retirement account. The Court of Appeals upheld the trial court’s decision in its entirety.

Divorce can be a financially complex and emotionally fraught event in your life. A skillful, compassionate attorney can help make this process as smooth as possible. Contact the attorneys at The Hawkins Law Firm for help with your divorce and other family law matters throughout Guntersville, Huntsville, Arab, and surrounding areas.