Dating While Divorcing in Alabama 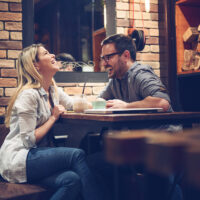 Filing for divorce is a major step that requires getting past significant financial and emotional hurdles.  Once you have filed for divorce, you can and should feel satisfaction for taking control of the next steps in your life.  However, filing is just the first step in a process that may, unfortunately, take months if not more than a year to complete.  While you may be eager to move on with your life and, for example, begin openly dating a new romantic partner, there is reason to be cautious.  Consult your knowledgeable Alabama divorce attorney before making any risky decisions while your divorce is still pending.

Alabama Does Not Punish Adultery as a Crime

Alabama technically has a crime on the books for “adultery,” making sexual acts illegal if at least one party is married to someone else.  However, ever since the U.S. Supreme Court ruled sodomy laws unconstitutional in the 2003 case Lawrence v. Texas, it has widely been assumed that any law punishing sexual acts within the home between consenting adults is likely to be an unconstitutional invasion of privacy.  Accordingly, Alabama, like every other state, no longer punishes the crime of adultery.  Regardless of whether you are cohabitating, separated, married, annulled, divorcing or divorced, you will not be arrested or criminally penalized for adultery.

Adultery is one potential grounds for divorce in Alabama.  Filing for divorce on the grounds of adultery may affect how a court determines alimony, child support, property division, or other issues.  Alabama has no-fault divorce, however, as we have previously discussed.  Parties may file for divorce simply on the grounds of “irretrievable breakdown of the marriage,” regardless of the fault of either party.

If all parties are in agreement on issues such as division of marital property, custody, and child support, then one party’s adultery will not matter.  Even adultery committed before the divorce was filed or decided upon will not matter if the parties are not contending the various legal issues surrounding divorce.

If the parties disagree on whether to divorce or on any issue related to divorce, however, then infidelity may come into play.  A court may take into account adultery when making decisions regarding alimony, child support, and even child custody.  Evidence that you are dating may be used to show that you began the relationship before the divorce was filed; even if untrue, the suggestion alone can hurt your case.  A court may interpret your willingness to date or cohabitate with a new partner during the divorce as evidence that you are less concerned about your children during the divorce process, even if you believe that to be entirely untrue.  If a court finds you unsympathetic as a result, you may get a less favorable ruling on child support or custody.  Your Alabama divorce attorney will, of course, plead your best case, but it pays to be extremely careful and do everything in your power to keep your side of the case as strong as possible during the divorce process.

Dating May be Personally Difficult

Beyond the legal and financial ramifications of allegations of dating before or during a divorce, there are self-care reasons to wait on beginning a new relationship until after a divorce is finalized.  Divorces can be stressful, emotional, and leave parties feeling out of place and unsure while the process is pending.  New relationships can be stressful as well, demanding a lot of care and attention.  It may be difficult to balance those competing stressors and emotions, in addition to the time commitments associated with divorcing as well as new relationships.

Moreover, if you and your spouse share children, dating someone new may add to the children’s discomfort or sense of insecurity during the divorce.  Children may even resent a parent who begins dating before a divorce is finalized.  It may be worth waiting until the children are more comfortable with the concept of you and your spouse being separated before beginning a new relationship.  Everyone knows their own circumstances the best, but there are reasons to be cautious.