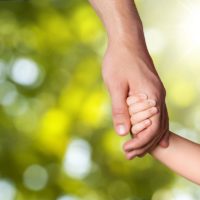 In a recent Alabama appeals court case, a panel of judges determined that child support orders which call for supervised child/parent visits may not automatically switch to unsupervised without a court first holding a hearing where the parent presents evidence that circumstances have changed. This could be an important change to ensure that parents with drug or mental health issues or other criminal backgrounds will not have an opportunity to put a child under joint legal custody in peril.

In the case of Barrett v. Barrett, Henley and Clifton Barrett were married for seven years, having had one child, before the wife Henley filed a complaint for divorce in April of 2012. Henley sought sole legal and physical custody of the child. At the time that Henley filed for divorce, Clifton was living in a drug rehabilitation facility. Clifton responded to the petition with his own request for joint legal and physical custody. However, determining that Clifton had struggled with drug abuse for many years, the court determined that Clifton could only have supervised visits with his child. When a final divorce was entered, the court determined that the parties would have joint legal custody of the child, that Clifton would have six months of supervised visits, after which, barring any major issues, the court would review the case and allow Clifton unsupervised visits with the child.

Henley appealed this decision. The court hearing the appeal ruled that, if Clifton believed circumstances had changed making it in the child’s best interests for Clifton to have unsupervised visits, he would be required to make a motion to modify the existing order and present evidence of those changed circumstances. The court suggested that switching from supervised to unsupervised visits should be a change that required the same sort of evidence as would a change in the amount of child or spousal support a parent paid.

Henley had also appealed the family court’s award of joint custody to the father, based on his long struggle with drug use. The appeals court determined that, since the father had consistently tested negative for having any drugs in his system and appeared to be consistently keeping up with drug rehabilitation efforts and group meetings, the award of joint custody was not in error.

It can be stressful and tiring to fight for what you think is best for your child in a custody battle. Finding compassionate, determined legal support can make the battle that much easier and allow you to trust that your case is in good hands. Contact the experienced Alabama family law attorneys at the Hawkins Law Firm for help with your claims. Call 256-502-4444 today for a free consultation.

By Lana Hawkins | Posted on June 29, 2015
Skip footer and go back to main navigation