Creating the Visitation Schedule that Best Benefits Your Kids 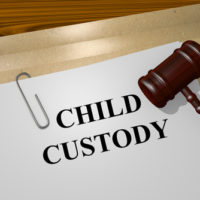 While dividing your children’s time between your home and that of your former spouse may not be ideal, being considerate of your children’s needs and happiness while doing so can keep such an arrangement from being stressful or harmful to kids. Consider the following suggestions for ways to design a custody-sharing schedule that will work for the whole family.

Ensure that the whole family is on the same page: Kids crave predictability and stability in their home life. Make sure your children are always aware of where they’re supposed to be and let them know about any modifications to the schedule in advance. If your kids are older, create an electronic shareable calendar that they and your former spouse can view at any time. In regards to any changes in the schedule, communicate with your ex in writing as much as possible. First of all, keeping conversations to writing rather than in person can allow you to avoid possible conflict in front of your children. Second, this will create a record of the conversation that can help you both remember any agreements reached and could be useful if the fight proves unwieldy and you’re forced back to court.

Offer kids a say: Allow your children to contribute to the process of creating a visitation schedule. This will help kids to feel some control over their lives, which can often feel absent for children after a divorce. They’ll likely be more enthusiastic about sticking to a schedule they feel they had some role in creating. Additionally, allowing them to help you make a schedule will give them a chance to remind you of all their extracurricular activities and any special school events that should be included in your schedule.

For different ages, different schedules: Small children need to be in their parents’ presence often to allow them to bond with that parent. For that reason, little kids should probably switch between their parents’ homes frequently. Older children have more attachments outside the home, as well as sports and hobbies which might center geographically around one parent’s house more than the other. There are also ways that you can connect with your older child aside from in-person time, such as through phone calls and texts. If your kids have become older, it may be time to consider a schedule that allows them to spend longer stretches in one home than the other, and rather than have them spend the night at the other parent’s house, come to them for dinners and to spend time with them as they do their homework.