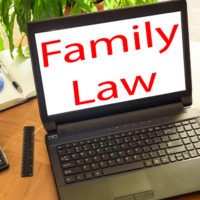 Alabama family court judges resolve most disputed issues by entering an order, also known as a decree. The document that sums up the terms of the divorce such as the division of property and the amount of alimony or child support is known as the divorce decree. When the divorce decree is approved and entered by the court, the parties to the divorce are legally obligated to comply with the order. Once a court has issued an order, it becomes up to the parties to ensure that the other person is obeying, as courts are unable to continuously monitor the parties’ compliance. If a party stops complying with terms of the divorce or custody settlement, however, the courts are available to help parties obtain compliance by finding the non-compliant party in contempt of court.

A charge of contempt of court is basically a judge’s way of saying that a party has not obeyed the court’s prior instructions and will be subjected to punishment for their disobedience. Courts can impose a wide range of sanctions on someone found to be in contempt. The judge can impose fines, require that the party in contempt pay the other party’s attorneys’ fees, or even sentence the person found in contempt to up to five days in jail for each instance of contempt. Frequently, the judge will craft a sanction for the disobeying party but suspend its imposition for a certain period of time, offering that person another chance to comply with the court’s order. If they still refuse to follow the court’s instructions, then the sentence will be imposed. For example, if a former spouse falls months behind on child support payments, the judge can rule that the party has a certain period of time in which to catch up on child support owed, and if they do not do so, then they will face jail time.

In Alabama, parties who wish to force their former spouse to comply with a divorce decree or other order must file what’s known as a Petition for Rule Nisi. In a Petition for Rule Nisi, the petitioner presents the court with the claim that the other party has failed to follow orders previously issued by the court, along with evidence of this disobedience. The accused person then has the chance to show either that they did comply, that they couldn’t comply, or that the order is unfair in some way and they should not be forced to comply. An experienced Alabama family law attorney can help you file a Petition for Rule Nisi, ensuring that you receive the treatment or money you’re owed according to the terms of your divorce.