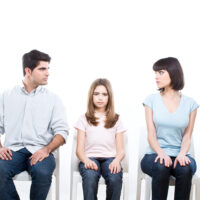 Child custody is often one of the most hotly contested issues in an Alabama divorce. Below, we provide some general advice and knowledge about how custody and visitation operate in Alabama. Reach out to an Alabama child custody lawyer for help with a custody dispute or any other Alabama family law matter.

Custody is Determined by the Best Interests of the Child

● The child’s age
● The child’s needs (emotional, material, educational) and each parent’s ability to meet those needs
● Any history of domestic violence
● The nature of the child’s relationship with each parent and any siblings
● Reports and recommendations from experts such as child psychologists
● Each parent’s age, stability, health, financial circumstances, and physical health
● Each parent’s home environment
● If the child is of sufficient age and maturity, the child’s preference will also be considered

Joint Custody is the Default, But One Parent is Primary Custodian

Alabama courts prefer joint custody, believing that a child’s best interests are usually served by keeping both parents as involved as possible. Joint custody does not mean that both parents will spend equal time with the child, however. Typically, the court will grant one parent primary physical custody, and the other parent will be granted visitation rights. The parent without primary physical custody (the non-custodial parent) will still have the right to weigh in on important parenting decisions such as those regarding the child’s education, medical procedures, and religious upbringing.

Ideally, you and your co-parent will agree on a custody schedule. If you cannot agree, then the court will establish a custody schedule for you. There is no set, standard schedule for custody and visitation. However, many shared custody schedules follow similar patterns. Typically, one parent (the custodial parent) will host the children during the week, and the other parent will host the child on weekends. Weekends might alternate, and there might be one weeknight a week where the non-custodial parent hosts.

Withholding Visitation is a Violation of a Court Order

If you or your co-parent refuse to let the other parent exercise their parenting time rights, then that parent is acting in violation of a court order. Violating a court order can subject a party to sanctions, including fines, loss of parental rights, and even jail time. If you have reason to seek a modification of a custody agreement, or if you feel that your co-parent is violating some other aspect of the divorce order (for example, by failing to pay child support), you can petition the court for a remedy. Do not take matters into your own hands.