How to Challenge a Prenuptial Agreement 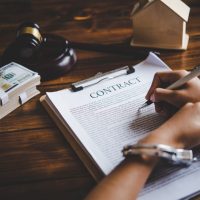 It’s a very personal decision whether or not to enter into a prenuptial agreement in advance of a marriage. We advise most couples with any pre-existing assets to at least consider a prenup. It’s not about planning for an inevitable divorce. Prenups are about protecting everyone and planning a future together while recognizing that things may change down the line. There are, however, circumstances in which a prenup should not be enforced. The agreement might be unfair, invalid, or otherwise unreasonable to carry weight in a divorce proceeding. If you intend to challenge the terms of a prenuptial agreement in your divorce, you need to rely on very specific grounds to do so. Below, our savvy Alabama divorce lawyer discusses how a prenuptial agreement may be challenged in Alabama.

Regardless of whether a prenuptial agreement is valid overall, there might be provisions within the agreement that are invalid as a matter of law or policy. Prenups are meant to cover the economic terms of a divorce, including the distribution of assets and debts and spousal support. A prenup can cover things like distribution of business ownership interests, the family house, the car, how to handle pensions and retirement plans, etc.

Terms of a prenup that govern child custody and child support, on the other hand, are typically unenforceable. Child support belongs to the child, not to the parents, and it should be calculated at the time of divorce. Likewise, parties cannot sign away their custody rights or responsibilities before marriage, especially given that they do not know what children or how many they will have by the time of divorce.

The Prenup is Invalid

Prenuptial agreements must be validly executed to be enforced. There are several requirements for a valid prenup, and if any element is missing, the agreement could become unenforceable. These requirements include:

The Prenup is Unconscionable and Unfair

Prenups that are validly entered into are presumed to be enforceable, but there may be additional grounds to toss them out. Alabama allows a party to challenge the enforcement of a prenuptial agreement that is simply unconscionable. If an agreement is so unreasonably one-sided that a reasonable person would never find the terms acceptable, or they would find the terms morally offensive, then a court will not enforce those terms. Unconscionability is more likely to arise when there is a significant imbalance of power between the parties, such as if one party is very wealthy, the other lacks assets, the agreement provides for absolutely no spousal support, and enforcing the agreement would leave the less wealthy spouse without a means to support themselves.