Can Reunification Therapy Help Your Relationship with Your Kids? 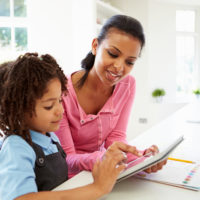 Divorce and custody disputes can sometimes damage healthy parent/child relationships. When a parent can no longer maintain daily in-home contact with their child, parents and children can quickly become estranged. This distance between parent and child can become even more exacerbated if the parent who holds residential custody makes a deliberate effort to turn a child against their absent parent, or where substance abuse or major conflict between the parents are factors. In recent years, more and more family court judges have been responding to difficulties between parents and children by ordering that the parent and child undergo reunification therapy. Learn more about reunification therapy below, and contact a seasoned family law attorney for assistance with a challenging Alabama custody issue.

What is reunification therapy?

While there is no one definition of the term “reunification therapy,” it is generally understood to be a form of counseling with the goal of rehabilitating a relationship between a parent and child. The therapist typically aims to create a safe, neutral, conflict-free place for the parent and child to reconnect after a period of estrangement, offering the two a chance to build a relationship that is removed from any conflict between the two parents. In some instances, a therapist may recommend a retreat-style intervention, giving the child space from the influence of their other parent for a period of time. Other therapists will attempt to involve both parents in reunification therapy, so that neither parent becomes concerned about what is happening in the therapy sessions.

When is reunification therapy a good idea?