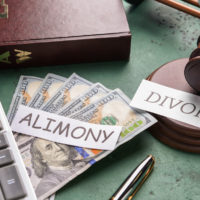 In the ideal divorce, the parties will jointly and amicably agree to things like child custody, child support, property division, and alimony payments. Unfortunately, divorces are often difficult and involve charged emotions, and parties often strongly disagree on many elements. Alimony, in particular, can be a difficult pill to swallow for the paying party. When the parties disagree, it is up to a family court to decide what rights and responsibilities each party will have following the divorce. A zealous Huntsville divorce attorney can help ensure that you either receive the alimony award to which you are entitled or that you do not get stuck overpaying alimony that is unmerited or unjust given your circumstances. Below we explore some of the factors an Alabama court will consider in determining an award of alimony.

Alimony, also called spousal maintenance, spousal support, or spousal allowance, is meant to provide support to the party who would be at a larger economic disadvantage following the divorce. Alimony is not automatically awarded as part of every divorce in Alabama. As we previously discussed, Alabama changed its laws in 2018 to emphasize “rehabilitative alimony” meant to give the lower-earning party assistance for enough time to allow them to find income sufficient to support themselves. The 2018 law limited the duration of alimony to five years or less absent certain exceptions.

Assuming the parties do not agree to an amount of alimony, a court will consider a variety of factors in determining whether an award of alimony is appropriate and if so, the amount of the award. The factors a court may consider include:

These factors are not an exhaustive list. The court may consider any factor relevant to an appropriate award of alimony.