What are the Best Interest of the Child Factors for Custody in Alabama? 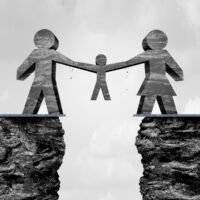 Regardless of whether you are a married couple divorcing or unmarried co-parents vying for custody, under Alabama law, the question regarding custody of the kids is the same: What is in the best interests of the children? The answer to that question will determine who gets primary custody, whether the parents can share joint custody, what visitation arrangements are permissible, etc. Below, we discuss the factors Alabama courts will use to determine the best interests of the child in a custody dispute. Reach out to a knowledgeable Alabama child custody lawyer for more detail or with any other questions about an Alabama family law matter.

If a divorcing party is unable to agree on a custody arrangement, an Alabama family court will make the ultimate decision on custody and visitation. Family courts are granted a lot of flexibility in making custody determinations, centered around the general question as to the best interests of the children.

Alabama law, as well as related court cases, establish the factors a court will consider in making custody determinations. These custody factors include the following:

● The age and gender of the child
● The mental and emotional health of the parents
● The respective home environments of each parent and their ability to provide a safe, clean, nurturing home for the child
● The geographic proximity of the parents
● The capacity and interest for each parent to provide for the needs of the child, including emotional, social, moral, material, and educational needs
● Any special needs of the child, if applicable
● The relationship between the children and each parent
● If the child is mature enough to express a preference, the court may consider the child’s preferences
● The safety and well-being of the child
● The capacity of the parents to cooperate, including any agreed-upon parenting plans
● Effect on the children of disrupting the existing custodial status
● Any history of abuse or neglect, or the potential for abuse, neglect, or kidnapping
● Reports and recommendations from expert witnesses or other independent investigators
● Any other matter or issue the court may deem relevant or that has been elucidated by the evidence available

Additionally, certain circumstances will raise a presumption against custody. If, for example, a parent inflicted violence or abuse against any child or the other parent, then the court will exercise a legal presumption against granting the abuser custody. The court will consider any history of domestic abuse in any custody determination, and it will be a strong factor if present.