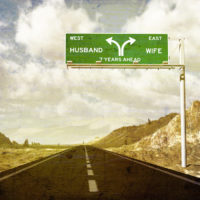 If you are considering ending your marriage, you may be wondering whether annulment could be an option for you, rather than divorce. Legally speaking, a divorce is considered an end to a valid marriage, while annulment is a way to say that the marriage never existed. Annulments generally occur after only a brief marriage, but the court can still divide property between the spouses, if necessary.

Some couples might seek a civil annulment for religious reasons, but find they fail to qualify under the limited grounds available for civil annulment. There may be ways to obtain an annulment through your religious institution, even when you do not qualify for an annulment under civil law. However, keep in mind that the religious annulment will have no bearing on the status of your marriage in the eyes of the Alabama state government.

Most divorces are filed on a so-called no-fault basis in Alabama, on the ground that there has been an irretrievable breakdown of the marriage such that attempting to reconcile would be impractical. Couples claiming an irretrievable breakdown need not prove this breakdown to the court, but instead are only required to prove that you or your spouse are a legal resident of Alabama. Grounds for an annulment in Alabama, on the other hand, are very limited, and can require a much more robust factual showing. In fact, many grounds for annulment are based on prior cases, rather than specific laws, so having an experienced family law attorney who understands prior court rulings on the subject will give your case the best chance of success.

The grounds for annulment in Alabama include:

Fraud: A spouse intentionally concealed an important fact prior to the marriage, which goes to the heart of the marriage. This may include concealment of the inability to have children, or the fact that a woman is pregnant with another man’s child.

Duress: The marriage occurred only because of a threat of bodily harm if the other spouse did not agree to get married.

Incapacity: One spouse was incapacitated at the time of the marriage, so that they were unable to understand that a marriage was occurring, or what it meant to be married. Incapacity can be due to either a mental disease or delay, such as Alzheimer’s, or due to severe intoxication.

Bigamy: One spouse is still married to someone else at the time of the marriage.

Underage: Marriage of a minor under age 16, or over 16 but under 18, who failed to obtain the necessary parental consent prior to marrying.

Incest: Spouses are related as parent and child (either by blood or adoption), siblings, aunt, uncle, nephew or niece.

By Lana Hawkins | Posted on January 27, 2016
Skip footer and go back to main navigation