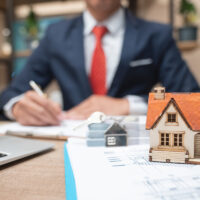 A recent Alabama Supreme Court decision serves as a brutal reminder of how the technicalities of the law can harm the unwary. Having a knowledgeable, detail-oriented, and dedicated estate planning and probate attorney is vital to ensuring the financial security of yourself and your loved ones. Learn about the case below.

The case titled Jones v. Brewster involved a dispute over the will of Mike Jones. Just two weeks before his death, Mike Jones executed a new will devising all of his property, save $100, to his neighbors, the Brewsters. He also appointed Tammy Brewster as executrix of his estate. Mike’s son, Chris Jones, filed a will contest in probate court alleging that the Brewsters had exerted undue influence over his ailing father in his final days which led to the final will. He also filed a contemporaneous motion to transfer the case from probate court to a circuit court (circuit courts are the general state trial courts in Alabama). The probate court certified the court record to the circuit court, and the circuit court docketed the case.

The matter proceeded through the circuit court, ending in a three-day trial. At trial, the circuit court determined that Mike Jones had fully intended to disinherit his son, Chris, and properly chose instead to leave his estate to the Brewsters. The circuit court found the evidence did not establish undue influence by the Brewsters sufficient to invalidate the will. Chris Jones appealed his loss.

Because the probate court failed to enter such an order, the circuit court never actually had proper jurisdiction, and the trial decision must therefore be thrown out. The Supreme Court justices even acknowledged in concurring opinions that the ruling seems unfair but stated that their hands were tied by clear precedent from earlier Supreme Court decisions; if they were visiting the issue for the first time, they might have decided that the totality of the circumstances would allow them to overlook this procedural defect.

The decision is a reminder that estate planning, probate, and lawsuit jurisdictional matters are extremely important and extremely technical. It is also a reminder as to the role that a probate court can have in deciding how an estate is divided, which is why many people gear their estate planning towards avoiding probate. If you have a probate or other estate planning matter, it is vital that you retain an estate planning attorney with a deep knowledge of the law as well as the tenacity and eye for detail necessary to avoid these sorts of unfortunate mistakes.