Relocating With Kids After an Alabama Divorce 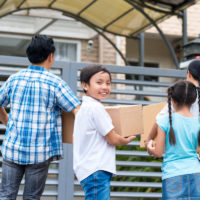 A divorce is often the first of many steps taken that change your life significantly. Getting out of a bad relationship can be freeing, as you realize that your professional and financial decisions are no longer dictated by your relationship to your former spouse. But, if you share children, you must still take the children’s needs into account when making life decisions, including their relationship with your former spouse. If you get a new job in a different location or decide to move closer to family, how do you reconcile that move with child custody or visitation arrangements? If you are the custodial parent, do you have the right to take your kids with you?

Since 2013, custody orders in Alabama have been required to comply with the state’s Parent-Child Relationship Protection Act (often called the “Relocation Act”). The Relocation Act was written on the assumption that children tend to benefit the most when both parents continue to be a regular part of their lives, even when the parents are no longer married. The Relocation Act limits parents’ ability to relocate in a way that deprives their children the ability to maintain an ongoing relationship with the other parent.

The Relocation Act requires that when the custodial parent decides to move more than 60 miles from the other parent’s home, they must provide a notice of relocation to the other parent at least 45 days before the move (unless they learn of the move within 45 days, in which case they must notify the other parent within 10 days of learning that they must move). The notice should include details about the new home, including the new address, phone number, name and address of the child’s new school, the reasons for the move, a proposal for a revised custody and visitation arrangement, and notice that the other party has 30 days to object to the relocation.

Objecting to a Relocation

If the noncustodial parent does not consent to the move, they can file an objection with the court. The judge will schedule a hearing, which both parties must attend, and where both parties will likely be forced to testify. The court will consider the best interests of the child, including what type of continued custody or visitation is feasible due to distance, cost of transportation, limitations on contact, the age of the child, their relationship to the non-locating parent, and the parents’ ability to communicate with one another, among other factors.

For example, high school-aged children are generally less likely to be adversely affected by a move than a younger child. Courts in Alabama generally presume that a move is not in the best interests of a younger child, thus putting the burden on the relocating parent to demonstrate why the move is in their best interests.

If the court approves of the move, the court will issue a revised custody and visitation order and include language ensuring that the non-relocating party and the child have continued contact and telephone access.